One of the world’s most fascinating cities, London is also one of the most culturally diverse. With a population greater than the combined populations of Paris and Rome, more than 300 languages are spoken in London, more than any other city in the world. Yet despite a growing population and increased traffic, many of London’s top attractions can be visited within a matter of days. This condensed guide to London presents basic transportation information, dining and lodging options, entertainment and shopping, along with some of the best attractions in the capital of the United Kingdom.

How to Get There

By Air: London is served by six international airports, with Heathrow being the largest, followed by Gatwick. The vast majority of American travelers will arrive at Heathrow via American Airlines, British Airways, Delta Airlines, United Airlines or Virgin Atlantic. Both Heathrow and Gatwick have several ground transportation options such as train, buses, taxis and car rentals, but only Heathrow has direct service into central London via the London Underground. The Piccadilly London Underground service from Heathrow Airport to central London is £5.70 (about $9.75)

How to Get Around

The most efficient means of getting around London is via the London Underground (the Tube). Tube stations are located throughout London with easy access to every major attraction in the city, including Westminster Abbey, Piccadilly Circus, Big Ben and Buckingham Palace. The London Underground operates in six zones, with zone 1 covering central London. Fare information can be found on the London Transport website. In an effort to improve on time performance, buses no longer accept cash fare as of July 6. Single ride, day passes, 7-day passes and other tickets may be purchased at transit stations. Visitors may wish to board one of London’s famous red double decker buses or the many black London Taxis, but are advised service routinely gets bogged down due to heavy traffic congestion in many sections of the city. Visitors must also remember that vehicles travel on the left-hand side of the road and must use extreme caution when crossing a road.

Related: How To Save Money On Traveling – Taking Public Transportation

Luxury
Where to Dine


With live performances predating the works of Shakespeare, London theatre is world-renowned. Most of the popular musicals such as “The Lion King,” “Billy Elliot,” “Les Miserables” and “The Phantom of the Opera” can be found in the West End. Like Broadway shows in New York City, discount tickets can be purchased at the TKTS booth in Leicester Square. A current list of all London theatre performances and other tickets options can be found through LondonTheatre. Across the River Thames is Shakespeare’s Globe, a marvelous reconstruction of Shakespeare’s original Globe Theatre built in 1599.

Although most visitors think Big Ben is the nickname of the iconic clock tower, it actually refers to the tower’s Great Bell. But the Elizabeth Tower is the most famous and most photographed clock in the world. Accompanying Elizabeth Tower and Big Ben is the Palace of Westminster, commonly referred to as the House of Parliament. Unfortunately, tours of Big Ben and Elizabeth Tower are only available to residents of the UK. Also nearby are 10 Downing Street, the official residence and office of the British Prime Minister, the Churchill War Rooms, Westminster Abbey, New Scotland Yard and the Household Cavalry Museum. 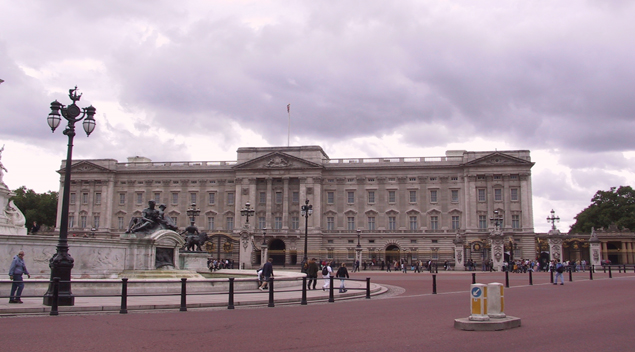 One of the top traveler highlights in London is a chance to witness the famous Changing of the Guard at Buckingham Palace. The ceremony takes place in front of the official residence of Britain’s monarchy with guard change times posted online. Visitors can also book tickets online to tour the State Rooms at Buckingham Palace.

Offering spectacular views of Big Ben, Parliament and much of London, the London Eye is the most popular tourist attraction in the United Kingdom. Once the world’s tallest Ferris wheel, the London Eye, at 443 feet high, remains the tallest in Europe. Built as part of the Y2K celebration, it was formerly known as the Millennium Wheel. Each capsule on the slow-moving London Eye can hold up to 25 people and an entire trip lasts about 30 minutes.

Located near Regent’s Park and just steps away from the Baker Street subway station, Madame Tussauds is widely regarded as the world’s most famous wax museum. First opened more than 200 years ago, the wax museum initially presented a house of horrors but has since featured famous celebrities like world leaders, musicians, royalty, actors and professional athletes. Also nearby is the Sherlock Holmes Museum at 221B Baker Street, the fictional address of the British sleuth, and the London Beatles Store, selling new and original Beatles memorabilia. One last notable attraction a few miles away is Abbey Road and Abbey Road Studios; a few minutes’ walk from the subway station at St. John’s Wood.

Just steps from Trafalgar Square, the National Gallery hosts some of the world’s most famous works of art. Among the museum’s permanent collection are van Gogh’s “Sunflowers,” Michelangelo’s “The Entombment”, da Vinci’s “Virgin of the Rocks” and perhaps Monet’s most famous work, “The Water-Lily Pond.” Like the British Museum, admission is free to the National Gallery. London’s other famous museum is the Tate Modern, the most visited modern art gallery in the world, located near the replica of Shakespeare’s Globe theatre.

Resembling a smaller version of New York’s Times Square, Piccadilly Circus is a popular destination awash with neon billboards at night. Circus refers to the roundabout connecting five major streets similar to the Arch de Triomphe in Paris. At the center of the roundabout is the famous Shaftesbury Memorial with the Statue of Eros, built to honor the Earl of Shaftesbury. Located in London’s West End, Piccadilly Circus is a major shopping and entertainment area and a must-see attraction.

One of London’s most popular public spaces, Trafalgar Square was built to commemorate the Battle of Trafalgar during the Napoleonic Wars. The widely visited square features Nelson’s Column — a towering structure nearly 170 feet high in honor of one of England’s most famous military leaders, Lord Horatio Nelson. Today, Trafalgar Square is used for a number of public events such as the New Year’s Eve celebration, political demonstrations and as a gathering place for major sporting events such as the World Cup and Rugby World Cup.

The setting for coronations, royal weddings and funerals, Westminster Abbey is one of the world’s most famous churches. With origins dating back to the first century, the first royal wedding occurred here between King Henry I of England and Matilda of Scotland. More recently, Prince Andrew, second son of Queen Elizabeth II, married Sarah Ferguson. And Prince William, grandson of Queen Elizabeth II, married Kate Middleton. In one of the saddest days in British history, the official funeral was held at Westminster Abbey for Diana, Princess of Wales in 1997. Many of England’s most famous people are buried at Westminster Abbey, including Sir Isaac Newton, Charles Darwin, Charles Dickens, Rudyard Kipling, Queen Elizabeth I and Mary, Queen of Scots.

Related: Ask A Bay Area Expert: Tips For Traveling Internationally On A Budget